Latest updates on the last page.
You can also find me and this build on IG @stick_70 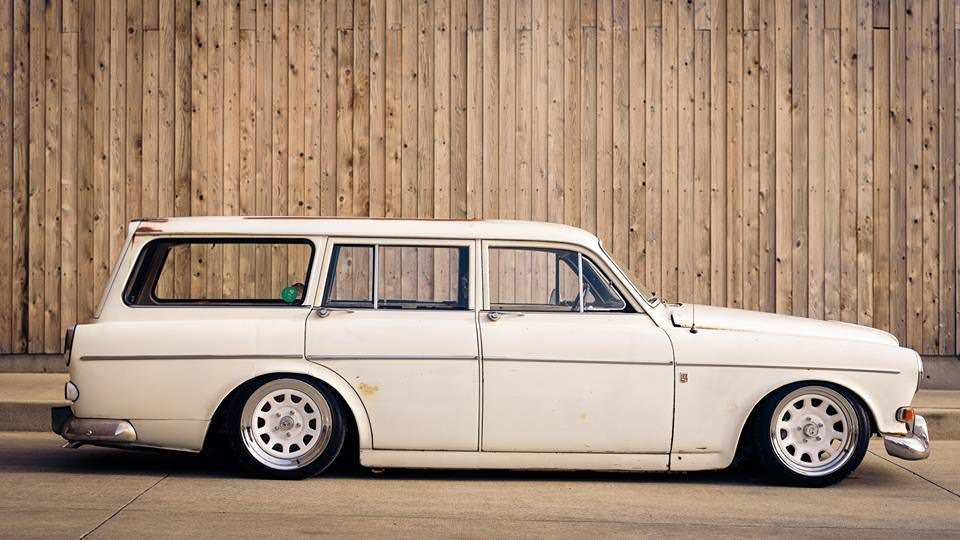 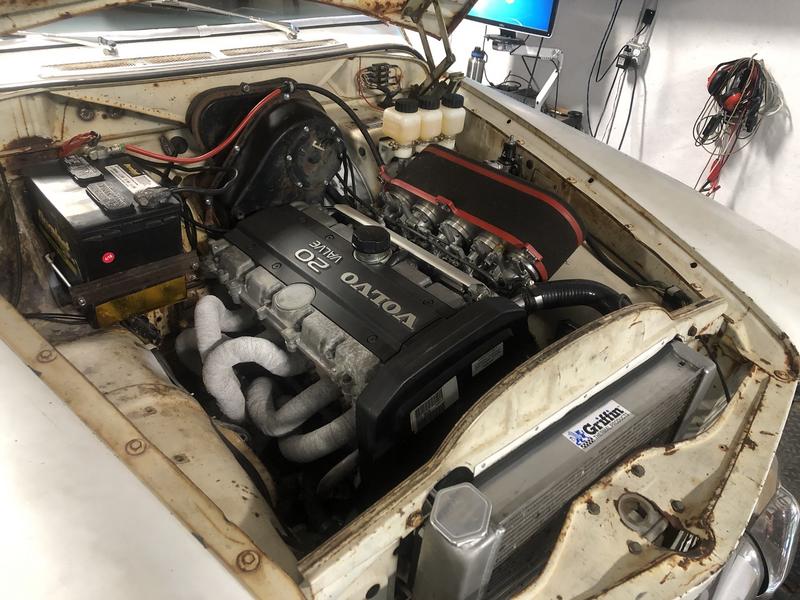 Picked this up yesterday from its previous owner who found it. It has been sitting in a field in Texas from 1985 to 2007 when he found it. Apparently the previous owner left it and then died, the land was then sold and a couple decades later here we are. The previous owner also installed an engine from a pv544 that is said to run, and came with a set of decent carbs. This is going to be a long term resto-mod sorta deal, starting with a strip and media blast. But I can say that it will end up shiny white with a completely red interior. Feels good to save a classic. Overall its a very nice shell. Needs rear floors and the rear has been hit and poorly repaired, but overall nothing too crazy. Perks of a Texas shell

Posting on the first page of what will assuredly be an amazing car when you're done.

Nice....look forward to following along...

check my 122 project thread for some rust repair chemical called Evapo-Rust...soak parts overnight, wire brush and wire wheel and they shine like brand new, primer and paint and you're down the road..or powdercoat

i can't wait to see what you do with this baby! let me know if there's anything i can do to help. i'd love to swing by some time and check it out or help you disassemble it. you can pretty much get this thing down to the frame with a 13,14,15, and 17mm wrench

So I still have this thing. I rambled around in it this weekend looking for things. I got the stock B18 in it to fire and make noise and smoke and all that just for the hell of it, it was pretty entertaining. Next on the list is to pick up a set of rear floor pans, right now they are 80% duck tape to keep the birds and **** out. I havent been working on this thing as much as I've wanted, mostly because I'm distracted by my several other projects. I have been getting some hard to find **** taken care of though. I found a pristine tailgate with no filler in Cary, NC that will save me lots of headache. I also picked up a couple of parts cars out of Roxboro, NC that will be of help. I got this '67 green wagon here mostly for a 1/4 panel. I also lucked out and found a full set of keys to the green wagon in a box behind one of the bumpers FTW!

Its a total rust bucket, but the 1/4s are straight. That should prove to help me out alot since mine are bashed in. I also picked up a '66 sedan with no title that has a totally straight front grille support nose piece thing in the same deal. I got both for a cool $800, what I thought was a fair price.

BUT I do have a plan, though its going to take a while. I'm going to do a vertically mounted 2.5L 5-cyl whiteblock with ITBs and a longtube header I'll make myself. Not sure if I'll bother with fancy pistons or anything, it'll start off stock. I've been browsing the jenvey stuff, and I like the looks of the manifold they sell. I figure that will do nice with a mustang T5 behind it. I've got a 12x12 chunk of 6061 sitting here I need to get busy on for an adaptor, so I hope to get started on that soon. I've got a spare n/a engine sitting in the barn, a spare T5, and jared (propav8r) was nice enough to let me borrow a 960 bellhousing for prototyping purposes. Not sure about the rear end, I havent done enough research to make a decision yet. 8.8 maybe?

I want to do air bags for the suspension, which I know zero about..but how hard can it be?

So thats about where I am now, I really just need to get off of my ass and get that adaptor drawn up so I can have some whiteblock mach up done.
Last edited: Aug 7, 2017

Location
The neighborhood with the ******* guitar player.

Email me dkauer@gmail.com and I'll send you the cad drawing for t5/t5 adapter (mines drawn for slanted but it'll get you closer).

I think stock NA internals would be fine. If you want to roll your own ITBs the 960 intake manifold is two piece and the head side is a perfect start for mounting ITBs. (Seriously, it's like it was designed for it).

Sounds like a cool project. We will harass you from time to time so you stay on it.

This should be awesome. Dibs if you ever sell it

Haha thanks. Doubt it will happen for a long long time though

Definitely in for whiteblock updates.

You really don't need to drop megabucks on Jenvey throttles if you can do some welding and fabricating. Alex and I did an ITB setup for very short money on the whiteblock swapped VW. 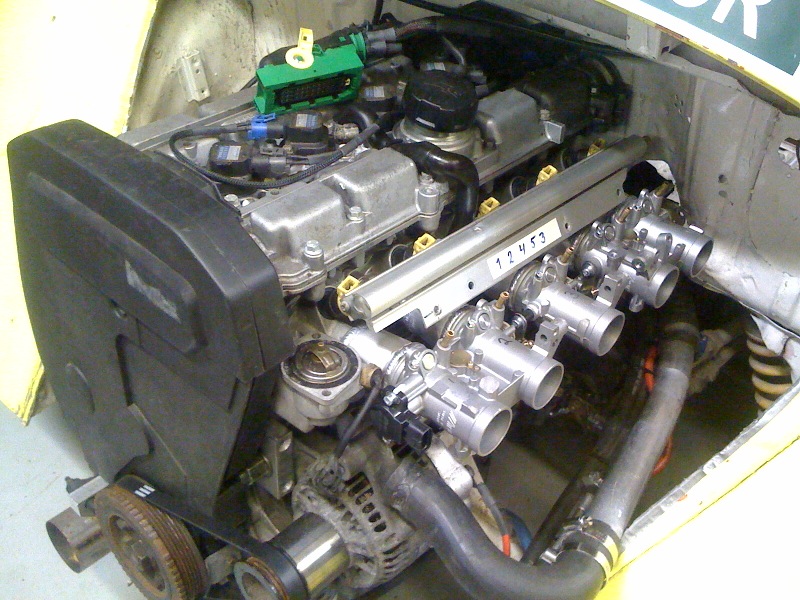 If you use a 960 intake flange then most of the ****ty work is already done. Get some GSXR (or similar) throttle bodies that can be split individually and you should be pretty close to home.

Hell yes, thats a great idea. I'm so raiding the junkyard for 960 stuff this weekend. Doug hooked me up with a bolt pattern sketch as well so I spit this out after work.

Still a little rough, and I want to confirm some of my measurements, but it'll get me started.

What is with the influx of amazon wagons lately

Small update. Ordered a set of gsxr 1000 throttle bodies and some aluminum tube to get the intake fabbed up. I've chopped down a 960 intake as well.

I've changed transmission plans, and I think now I'm going after a w58 out of a supra. They are super cheap and easy to find. I'm not going to be making loads of power, so it should suit the car well. Right now I'm going to cut the trans tunnel out of a spare 244 I have and see how that goes.